Deck The Halls, Forget The Holly 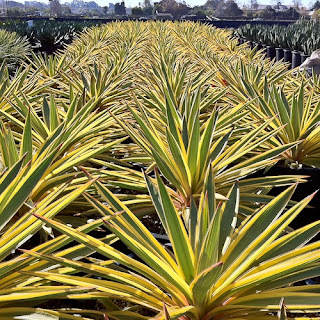 I'm really upset with my dearly departed mom. As much as I imagine myself an in-your-face, intolerant critic crusading for high horticultural standards, when it comes to face-to-face encounters, she raised a quietly considerate coward.


The same goes for flaunting my horticultural paradise when I post stuff on-line. It would be so tempting to pose, tongue sticking out, next to retina-dazzling hibiscus flowers while my gardening pals in the Midwest chip booger icicles from their livestock's nostrils. But I don't want to be the cause of my buddies sliding into a wintery depression as they watch their garden disappear under a blanket of black ice.

So, I'd like to delegate the flaunting to you, dear readers, knowing that, vicariously, I've played some small role in this taunting. Surely, you know some igloo-dwelling, blubber-eating peeps you'd like to agitate; someone who flaunts their flamboyant fall foliage, luscious lilacs, and redolent rhododendrons, coveted plants that don't stand a chance around here. Well, it's payback time, and here's the ammo you've been seeking.

Your Mission: Forward this Edhat blog post to them as soon as you're done reading.

Did anyone actually piss off their friends? Find out at Edhat.com.
at 9:04 PM 2 comments: 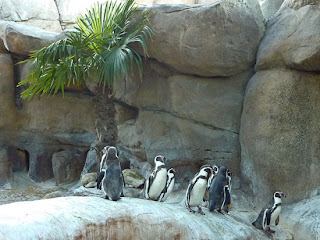 "It was a Thursday afternoon, around 1959, when I volunteered to help Bob Kallman and the Jaycees clean the tangle of Eucalyptus, vines, and weeds at the Child Estate. The house had been razed by the fire department and the place was a mess." Ted McToldridge was filling me in on a bit of local history as we strolled the lushly planted paths commanding panoramic views of the Santa Ynez Mountains, Andree Clark Bird Refuge, and Pacific Ocean. "It was the kick-off event to develop a new park that would include a community center, ice skating rink, botanical garden, and farmyard."

Long ago, this area served as a camp for Chumash who fished the coastal waters. Centuries later, John Beale, a retired New York coffee and tea merchant built a pink stucco, red tile roof mansion on the site and named it Vegamar, meaning Star of the Sea. At age 68, he married 35-year-old Lillian Bailey, who years after Beale's death, married John H. Child, hence the more recent estate name. Through the Great Depression, Mrs. Child extended her compassion to dozens of out-of-work "hobos" who rode the nearby rails. She allowed them to live in shacks on the property, governed by their own mayor, provided they lived respectful, sober lives. Locals called it Childville, but it was also known as the Hobo Jungle. The hobos have passed away, but "jungle" still applies.

The Flip Flops Are Hung By The Chimney With Care 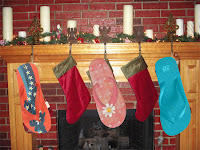 As the end of 2011 nears, I've been checking off all the significant dates on my calendar. I just survived National Undo the Top Button of Your Slacks For One More Bite of Turkey Day. But I sat out Black Wear A Football Helmet To Shop for Deals At Midnight Friday.


On the heels of these revered holidays comes the ever-perplexing fortnight known at our house as Are We Gonna Get a Christmas Tree This Year? Let's face it, Santa Barbara isn't exactly the land of winter holiday icons. Segways are more practical than one horse open sleighs, LEDs take the place of icicles on our eaves, and there are only so many tiny surprises you can conceal in a flip flop.

Last night Lin and I discussed going treeless for the first time since our now-21-year-old son, Benjamin Cosmo, was born. We've outgrown needing a spot for Santa to leave the 12,347-piece Wuthering Heights-themed Lego set our boy once coveted. Even better, there'll be no rearranging of furniture, and no worries about Biff the Wonder Spaniel lapping sappy water from the tree stand.

If you're certain about having a Christmas tree this year and want to make the most environmentally enlightened decision, you've probably wondered what's the greenest way to go. If you're on the fence, let me lay out a few options to consider.

Read my five alternative ideas at Edhat.com
at 8:54 PM No comments: